OPEN YOUR MIND, SHUT YOUR MOUTH! 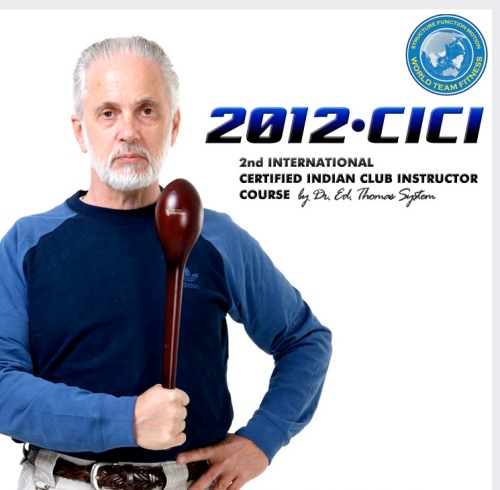 I had a fairly unusual mentor during my college years. Dr. Ed Thomas was a, I don’t know exactly how to put this, “movement enthusiast”.  If it involved physical movement, he was into it and studied it. Ed was also a hippie, donated a large percentage of his earnings to charity, embraced minimalism before it was trendy, living with with a futon and writing desk, one pair of shoes, and the minimal amount of clothing necessary to survive in northern Illinois. This was 1982 to about 1985.

As a young man Ed was raised in a rough town in a rough neighborhood. Ed joined the Army and was a grunt on the Korean DMZ during the Pueblo Incident. After leaving the military, Ed choose to hitchhike around the country like Kwai Chang Caine (if you don’t know, look it up..Kung Fu was seminal to my growth). He left my college as a PhD and ended up teaching as a civilian for the U.S. Army. He and his coworkers, altered the physical training culture of the military.

Ed is the most open minded person I know. He encouraged me to be open minded and learn from everyone. He took me to a Hari Krishna gathering on campus to sample vegan (I don’t think vegan was a word in the ’80s but that food was vegan) food and hear what the cult members…I mean, “monks and monketts” had to say. He practiced Yoga, Thai Boxing (he recruited some of the first Thai Boxers to come to the United States to teach), Indian Clubs, weight lifting, cardiovascular training, inversion training, meditation, control of breathing, mind control, and more esoteric undertakings (some from yoga and other disciplines).

One time, I went to his office the day after I was involved in a bar fight. I was a little conflicted, and impressed with myself, that I used my martial arts to, let’s say, defeat a larger dumb ass. He gave me a disapproving look and told me the following story:

A Judo black belt is on a bus, in Tokyo, going to the Kodokan to train. He observes a very large, extremely, drunk man enter the bus and begin to bully a number of smaller people in the front of the bus. The black belt becomes angry and pictures how he is going to destroy the drunk idiot. As the black belt stands, he observes an older, frail, woman approach the drunkard and place her hand on his arm. The drunkard turns to her and they engage in a brief conversation. The drunkard sits down in on a bench seat, puts his face in his hands and begins to cry. Between sobs, the black belt hears the man tell the story of how the man just lost his wife and daughter. The older woman consoles him and the man becomes meek and apologies to everyone on the bus. The black belt realizes the real black belt on the bus is the older woman. When he enters the Kodokan to train, the black belt returns his black belt and dons a white belt.

This story is not verbatim, the black belt might have been an Aikido black belt but in my memory it was Judo. I figure this is some common martial art lore to teach a point but I couldn’t find the story with a Google search, so I will attribute the story to Ed.

Ed always had stories like that. He once told me: “If you want it bad enough, a teacher will come”. I thought that was pretty cool but sorta thought it was bullshit.

Ed also believed you could learn from anyone or anything.

I see a ton of sniping on social media. People publicly going after instructors in the “training” industry. Personal attacks and flat out character assassination. I have nothing against an aggressive debrief of an event, operation, or a class. As a matter of fact, I flat out encourage it! The more truthful and comprehensive, the better.

Personal attacks have no place in the debrief process. Ed believed you could learn from anyone. The guru or the bum. If you treat everyone with respect, they will open up and may teach you something.

Don’t have a fixed dogma. The more entrenched you become, the harder it is for you to learn new things. Develop best practices, follow them, but be open to new information. My friend Claude Werner, an elite firearms trainer, once said to me “my understanding NOW…”. He was explaining trigger press. Trigger press is a pretty basic function of firearms training, yet Claude carefully used the word “now”. He left open the possibility his views might change in the future.

Large organizations are slow to move and hard to change.  Most traditional martial artists are also fixed or constrained within the boundaries of their art.

People who know me know I speak my mind. My mentors in martial arts, SWAT, and Investigations encouraged me to speak my mind.  In those environments, open, honest, raw communication were vital to the safety and effectiveness of the job.

Be open to new information, always remain a good student, don’t enter a class with preconceived notions. If you take a class and the instructor teaches a technique or a process you do not agree with, embrace the process train the technique and do the work. After the class, after the reps, then critically evaluate the information and determine if you could extract any information.

The answers are usually contained within the process of DOING. Be openminded.